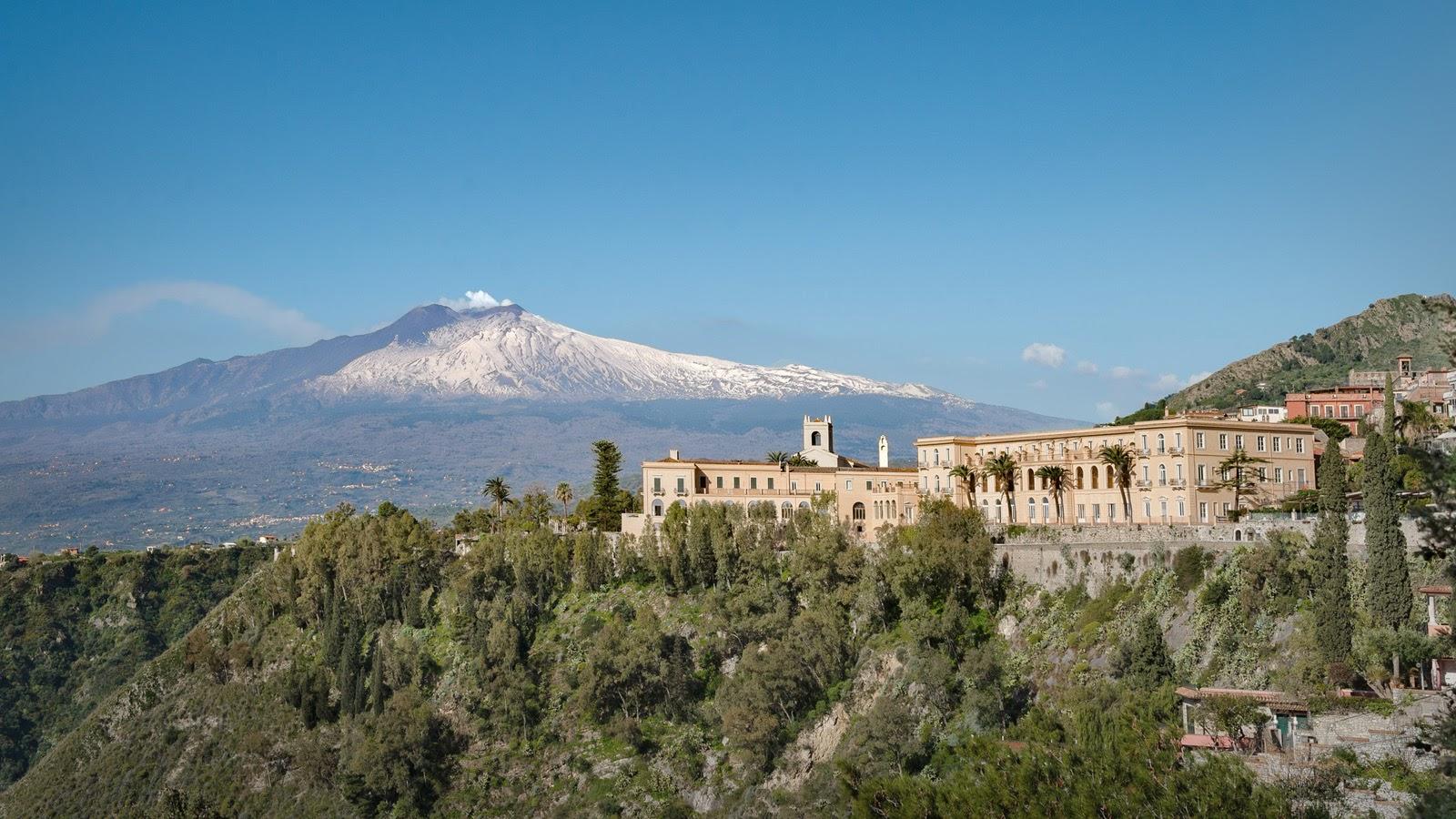 The White Lotus: On Location in Sicily

Here at the Slow Road, we love sharing tv shows and movies that visually transport us to the world's most beguiling places, stirring inspiration for a region when we’re deciding where to go next. In this post, we’re rounding up all locations you can visit from HBO’s The White Lotus, a series following a group of characterful guests as their week of drama unravels in Sicily.

Season 2 saw The White Lotus trade their address in Maui for the chic coastal town Taormina, nestled on Sicily’s eastern coast. Jennifer Coolidge returns as Tanya McQuoid Hunt, who heads to Sicily to live out her Monica Vitti dreams while attempting to re-kindle the romance with her husband. Meanwhile, Sopranos star Michael Imperioli makes his White Lotus debut as Dominic Di Grasso, a Hollywood producer embarking on a heritage trip with his father and son to explore their Sicilian roots. Among them are couple Harper and Ethan, a lawyer and a tech entrepreneur who join their old college friends on a trip, Daphne and Cameron.

The group is first seen cruising to their pastel-pink White Lotus hotel perched overlooking the Ionian Sea. Guests are mainly seen basking poolside or on the property’s terrace, but you’ll also find them taking to the streets of Taormina, embarking on cultural trips to Noto and Palermo and even visiting a few of The Godfather locations.

The real-life White Lotus is San Domenico Palace, a stunning Four Seasons property clinging to a rocky cliff with panoramic views of Mount Etna and the Ionian Sea. The resort was first constructed in the 14th c. as a convent for wealthy Taormina resident, Damiano Rosso. 400 years later it was taken over by Prince Cerami, who transformed the place into one of Europe’s first grand hotels with the addition of a large wing. With Taormina’s reputation for over-the-top parties and beautiful scenery, San Domenico was the place to see and be seen, attracting the likes of Edward VII of England, Oscar Wilde and DH Lawrence.

The hotel was bombed by the Allies during WWII, then re-opened in 1946, attracting more illustrious guests like Sophia Loren, Audrey Hepburn, Elizabeth Taylor and Greta Garbo. Four Seasons officially took over in 2021, enhancing its reputation as Italy's most beautiful hotel, and one of the world's most famous.

It’s hard not to watch with envy as Daphne sips her Aperol Spritz by the infinity pool, gazing at Mount Etna in the distance. Or when Harper is deciding between the arugula salad or the whitefish on San Domenico’s panoramic terrace overlooking the Bay of Taormina. Or when the entire group is seen sharing awkward dining moments at the hotel’s Michelin-starred restaurant, Principe Cerami, helmed by Etna-born chef Massimo Mantarro.

The interiors at San Domenico are best defined as a treasure trove of art history. The hotel’s long and tangled past is a perfect representation of the Sicilian culture you see today: a mix of civilizations that have left their mark through the centuries, from the Greeks and Romans to the French, Spanish and Arabs.

Architect Valentina Pisani oversaw the hotel’s design, weaving in neutral tones peppered with vivid colours. Rosaria Catania Cucchiara spearheaded the historical restoration project, spending significant time restoring works of art, paintings, frescos and statues. These opulent works of art are impossible to miss throughout the series, from the ominous Testa Di Moro statues that seem to gaze back at you no matter where you are in the room, to the Medusa-inspired heads splattered throughout Tanya’s suite.

On day three, Daphne and Harper are seen embarking on a day trip to Noto, one of Sicily’s most gorgeous seaside towns with its baroque palazzos and mesmerizing cathedrals. While the town looks like a movie set come to life, it still retains a laid-back atmosphere that’s perfect for exploring off-the-beaten-path. Daphne and Harper follow cobbled streets past the Piazza del Duomo and the Noto Cathedral, soon finding themselves at a three-story villa decorated in frescoes from floor to ceiling. The real-life property is actually privately-owned Villa Tasca in Palermo, about a four-hour drive from Noto.

While the girls head to Noto, three generations of the Di Grasso family spend the day touring filming locations from The Godfather, including Castello degli Schiavi in the coastal town of Fiumefreddo, and the 18th c. Villa Corleone. The Di Grasso’s are also seen touring the ancient Greek theatre called Teatro Antico di Taormina, built in the 3rd century BC.

Feeling inspired to see and stay for yourself? Get in touch with Dana Quinn to see how she can start planning your next Sicilian getaway.